If you are looking for an actual topic just keep on movin'...

I was thinking - why doesn't Britney Spears just move to Canada? I mean, no one really cares what happens in Canada so odds are the paparazzi wouldn't follow her. I'm just sayin'.

Oh, and as an aside, I think the girl is batshit crazy, but deserves a medal for not having run over all the stalkerazzi with her Mercedes. I mean, seriously? If 42 people with cameras surrounded my car and started snapping pictures of me and my kid I would just floor it. If you aren't quick enough to get outta my way then that's just too f'ing bad. Losers.

Eric and I went out on Saturday night and met up with a bunch of friends to go dancing. Our favorite dance club is a gay bar. See how open-minded and accepting we are? Actually, we're just covering all the bases. I've seen pictures of God. He wears long, white flowing robes. There is a 50/50 chance he's a cross-dresser and is batting for the other team. I'm not takin' any chances.

Anyway, it got all hot and smokey in the bar so I went out on the balcony to cool off. The only place to sit was at a table with a bunch of gay boys. Seeing how I was having some difficulty with vertical I chose to invite myself to sit with them. They were quite welcoming. Well, until I asked "THE QUESTION." I have wondered this for quite some time. Unfortunately none of the gay boys would give me an answer. If any of you out there have an answer please, please respond. It's making me almost as batshit crazy as Britney.

I know! I don't get it either!

OH - and for the record - don't get all pissy about the God is a cross-dresser thing. Seriously? You haven't met him either so just get over it already.

OH - and for the other record - I could care less about your sexual orientation. I just wonder about that whole drag/butch thing.

No. Nah....I think Sunday's hangover proves that I have a life. It may end with my pickled liver reaching up into my esophagus and choking me until I find myself lying at the feet of an angry, non-cross-dressing God, but at least it was a life. Of sorts.

Oh yeah - some folks were asking for a picture of my wrist tattoo so here it is. This is an actual tattoo and not a brand or a scar. It was done in a tattoo parlor, with a tattoo needle and WHITE tattoo ink. It is on the inside of my right wrist. 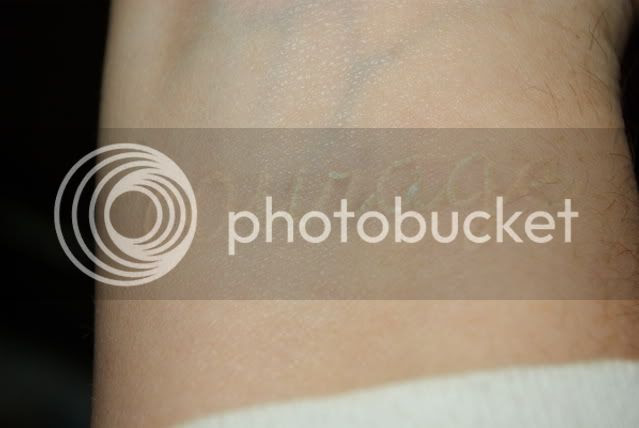 And - to end my post on a happy, joy, joy note. Here are a few new pictures of the greatest kid on the planet... 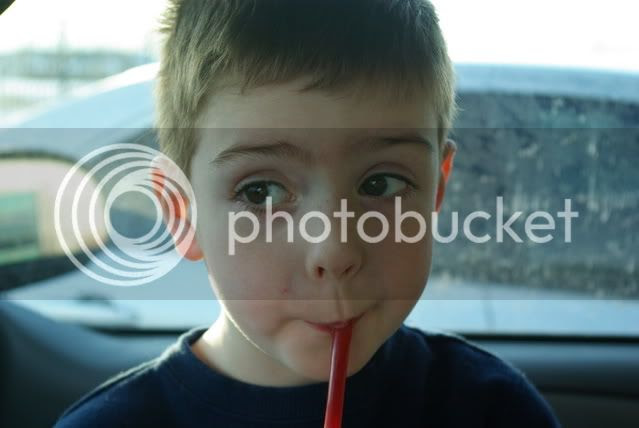