I really need to be more interesting.

Do you ever get completely and totally bored with yourself? I have. Case in point -- I have been so completely bored with anything I could say on this blog that I abandoned it altogether. I have had guilt. I have sat here many times, watching t.v. or reading a book, and thought, "Hmmm...I should really log in and put something new on my blog." And then I realize I have absolutely no desire to write so I shrug it off and go on with the reading/t.v. watching. I haven't even logged in and TRIED to write something. Yeah. I know. I should feel guilty.

Over the last month I have been coming home from work totally exhausted. As a recruiter for a large employer in the area I get a front row seat to the devastation left by the current recession. I get the hundreds of applications for each job posted. I get the hate email when I have to decline them. I get the constant phone calls from candidates and staffing agencies. It really starts to get to you after a while. I feel guilty for having a job. I feel guilty that Eric has a job. I feel guilty that my mortgage is paid. I want to call every applicant and every agency and tell them that I do understand the frustration and the panic. I want to tell them to hang in there and stay positive, but it feels like so much bullshit because maybe it won't be alright.

On a brighter note, there have been some good things going on at home. Ninja Drew tested for his green belt and passed with flying colors. One of the tasks he had was to break a board with a front kick. I tell you what - that kid is one dedicated little turkey. He kept at it and kept at it. He didn't get upset or discouraged that he didn't break it on the first, or second or tenth kick. He repositioned and kept at it until it snapped. In a display of '80s butt rocker awesomeness the second that board snapped he immediately dropped his chin to his chest and threw both hands up in the hair with a double "rock on." The whole place erupted into applause and I kicked myself for not bringing my camera. I think Eric, the source of Drew's love of '80s hair metal, shed a tear.

OH...file this one under the FACEPALM category: 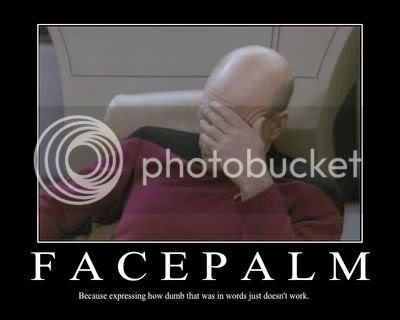 Eric calls DirecTV to get upgraded to the high definition receiver. We have had their service for over 3 years and when this house was built they wired it in to the house, along with everything else, to a central media panel. It is nice and neat and the only place the cables show is where they exit the top corner of the outer wall loop over the gutter and into the satellite. When we called to upgrade we thought it would be simple. Replace one satellite with another, hook up a different receiver and hallelujah we have high def.

The two installers arrive about 5 hours late (I of course spend all day unable to leave the house because they hadn't shown up yet) and proceed to explain how DirecTV no longer allows them to use copper clad wire like they used to and they will have to replace it all with solid copper. Oh yeah...and they can't pull out the old wire and pull through the new wire because the wire is tacked down inside and it won't pull out. I must interject at this point and ask...If they weren't actually HERE when the house was built then how the hell do they know for a fact that the wire is tacked down? Maybe the previous person was as fucking lazy as they are and didn't tack it down because that would have taken an extra 3.2 minutes. I'm just askin'.

Anyway, they continue to explain that they will have to run FIVE BLACK WIRES in THREE DIFFERENT DIRECTIONS all around the side of my CREAM COLORED HOUSE in order to hook up this receiver. They want to drill holes through my vinyl siding and through the wall in order to get the wires inside even though THERE ARE ALREADY HOLES where the wire comes out of the wall and attaches to the current satellite. Apparently they can't use those holes. They also can't use the attic crawl space to drop the wire in. Granted, I don't know anything about satellite or pulling cable or anything, but this just seems completely idiotic.

I sent them away. Eric wasn't here and there was NO WAY I was letting them drill holes in the house without him to supervise. I'm not stupid - I wasn't taking THAT bullet.

They are coming back next weekend. I'll keep you posted.
Posted by Jayna Shaye at 12:35 PM 1 comment: