It's official. I'm a moron.

This past Saturday we went white water rafting. There were 7 of us in the raft and Darren used to be a guide on the Payette. So, all we had to do was rent the raft and life vests and drive up to the drop in location. It is pretty darn cool to live that close to world renowed outdoor adventure!

We did a section of the Payette called Cabarton. It takes about an hour to drive up from Boise and then it is about a 4 hour float from the drop in location to Cougar Mountain Lodge where you get out. It really just blows me away that people come from all over the world to float the Payette River. Not that it isn't worth it, but it is the fact that all we have to do is hop in the car and go. I am originally from Texas, where the only thing to do in the summer time is try not to die of heat stroke, so it is still freaky to me that people spend loads of money and travel a long, long way to do something we can do any time we want. I feel like a Neener Neener is in order.

Anyway - one of the rapid portion of the river is called Trestle. It is a Class III rapid and is somewhat gnarly if you don't know what you are doing. After you clear through it there are areas where you can pull your boat over and sit on a little beach for lunch. We stopped and were enjoying the sun and I never imagined that terror was on the horizon. (Sidenote: Sometimes I really wish I had a soundtrack so that when something bad is going to happen I know about it ahead of time. It would make my life much easier. I'm just sayin'.)

So, there I am. Innocently enjoying some cold chicken fingers and a Twinkie. Soaking up the sun. Appreciating nature. And then...Darren, our ex-river guide, spoke. "Hey Jayna - if you want to float Trestle in your vest I'll show you how." Really? Float a Class III rapid without a boat? Sign. Me. Up! May I just pause here and make an observation? Don't you just love how a complete lack of knowledge of an activity will result in you unwittingly doing the DUMBEST thing you have ever done in your entire life? Well, I know exactly nothing about rafting and when Darren suggested floating sans boat I thought that was the Best. Idea. Ever. And? We should do that RIGHT NOW! Whee! Rapids with no boat!! Let's go! 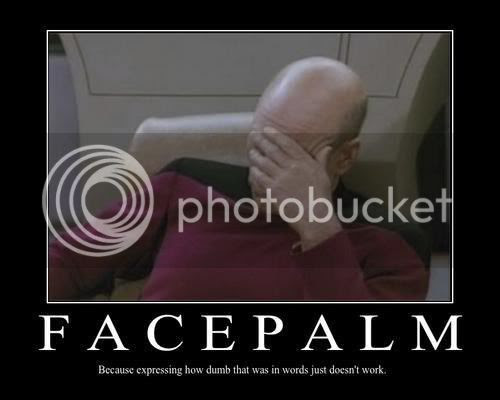 So, we climbed up a big hill to the railroad tracks that parallel the river. Then we walked down the tracks for about a quarter mile to the railroad trestle and then climbed down the big hill to the river. This is when Darren says to me, "Are you sure you want to do this?" To which I replied, "Of course! This is gonna be awesome!" So, we pick a spot and step into the shallow water at the river's edge.

It just so happens that a mountain stream was cascading down the mountain and flowing into the main river at precisely the spot we decided to get in the water. That? Was mistake number 1. Our legs were almost instantly numb from the frigid water where the snow melt met the river. Our teeth start to chatter as Darren points out some things I need to be aware of. Go in here. Keep your feet downstream. Don't go through that section of water no matter what. Don't panic. Breathe.

We edge further along, holding on to rocks until we see a safe entry spot. Darren says, "OK. Remember, once you go you are going all the way. There is no changing your mind. So...are you sure you want to do this?" "You bet," I moronically reply. Darren says, "OK then. I will go and then you count to 20 and follow me." He goes and I drop myself into the water up to my chest. That? Was mistake number 2.

I count, "One, two, three, fourfivesix" as I am literally SUCKED off the rock and into the rapids. I have about 2 seconds to think, "Oh Shit" and I am immediately sucked under. I bob to the surface and have about a second to get air before I go right through the middle of the only spot on the entire river Darren said NOT to go through. Yea me.

I. Was. Terrified. Let's just say that when we got in the river I had to pee. When we got out of the river I inexplicably no longer had to pee. I literally thought I was going to drown and the more I fought to get air the more tired I got and the harder it became to get a breath. I also swallowed about a gallon of water. Finally, after HOURS (ok...it was about a minute) I cleared the rapids. I floated into clear water and saw the rest of our boat crew standing on the rocks waiting for us.

I kept trying to swim out of the current over to the shore - WAY harder than it sounds - and was just literally dead in the water. So, I went with my instincts and grabbed the first stationary object I came near. In this case, a really big rock. That? Yep. Mistake number 3.

I HUGGED the rock and planned to stay there...oh...until right about forever. The current? Had other plans. I was again SUCKED from the rock. Only this time I was holding on for dear life and my foot was pulled under the rock and when I finally lost my grip the rock stole my water shoe...and a fair amount of skin. After that I floated right up to the rest of the crew and was pulled from the water by Deb and Eric. I commenced sitting on a rock.

Deb says, "Did you take your hat off?" I replied, "No. I guess I lost it." Moments later I look up and see my hat. "Hey," I nonchalantly say. "There goes my hat." At this point Deb kamikaze leaps off the rock into the river and saves my hat. SAVES IT! She suffered a pretty good knee abrasion for her trouble, but I owe her my hat. The mental image of her leaping off that rock will be burned into my corneas forever. If I hadn't been trying to wrap my mind around the fact that I missed the exit to go directly into the light I would have laughed.

As Deb is on the Great Hat Rescue '08 Eric looks at me and says, "Are you going to be sick?" I replied, "BBBeeeeellllllccccchhhhh. No. Heh Heh. That was a good one." And that is when he knew I was going to live. He wrapped me in the biggest hug and says, "Oh my God! You scared the hell out of me! You wouldn't believe the look on your face when you came around the bend from the rapids. I thought you were going drop dead on the spot! I can't believe you did that!" Then he smacked me on the head.

I came out of that little river adventure with the worst ear-ache, sinus-ache and headache you can imagine. So, what lesson did I learn on Saturday? I learned that boats? Necessary, thanks. Also? I'm pretty much a moron.

On Sunday Eric and I ran away to Sun Valley for a bit of alone time. It was gloriously quiet and fabulously uneventful. Here are some pictures for your viewing pleasure: Mountains in the distance. I took this from the moving car. The ski hill in Sun Valley. Up close view of the ski hill. As you leave the ski hill to go into the lodge you cross over this stream. This is the outdoor ice skating rink at Sun Valley Lodge. Note that it is over 100 degrees when I took this shot. Swans in the village. And what is a post without another picture of my gorgeous husband. I'm so glad you lived!

Glad to hear that your "Hey, watch this!" moment didn't end in complete disaster. Just embarrassment. Lots of embarrassment. That we won't let you forget for a long, long time.